On August 5th, CBC again rewards us with the pictuires, names and ages of the three Israeli teenagers:

40-year-old Hebron resident arrested on July 11, according to court documents 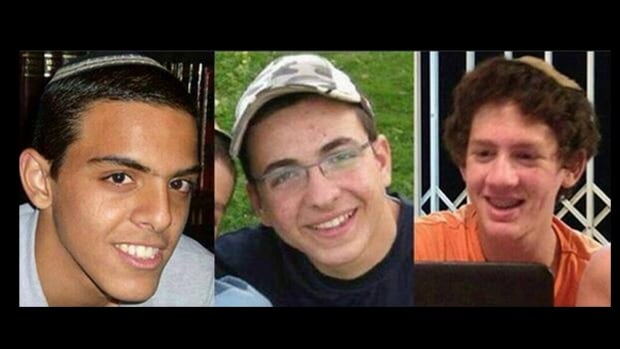 Haven't we seen them enough already? After all the deaths in Gaza, how can these three deaths be so important?

Where is the picture of the Jerusalem Arab boy that was killed in reprisal for the killing of these three?

The article cavalierly writes about Israel deciding whether to destroy the homes of the Arab suspects. Why does CBc not point out that the homes of the Israeli extremists that killed the Arab teenager will not be destroyed?

This would have been a perfect opportunity for CBC to show the discrimination in Israeli society, with a double standard, and always treating Palestinians as an oppressed or second class people.
Posted by Unknown at 4:28 PM