CBC - Still At It

On September 22, over 5 weeks since I submitted my complaint to the CBC Ombudsman, I still have not had a reply, but CBC is still at it - mis-representing the Israel/Palestine conflict. Here is an article pubblished today: (My comments in italics below)

Israel says it has killed 2 men suspected of kidnap, murder of Israeli teens 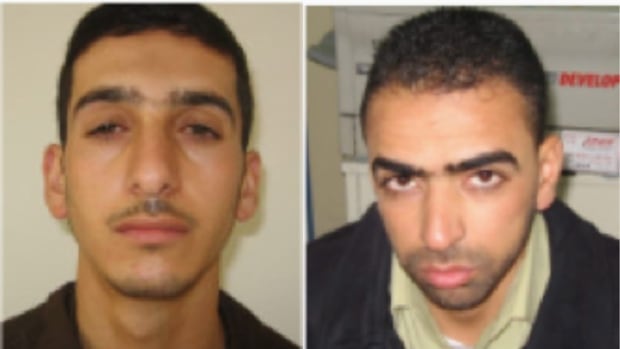 Israeli special forces stormed a West Bank hideout early on Tuesday and killed two Palestinians suspected in the June abduction and slaying of three Israeli teenagers, a gruesome attack that had triggered a chain of events that led to the war in Gaza this summer.

------CBC keeps insisting that nothing that went before the killing of the three teens was relevant. The fact that two Palestinian teenagers were killed in cold-blood just the month before was not relevant.

"We said we'd find them. We did find them," Netanyahu said of the Hamas militants. "It's not a claim. We did indeed finally find the two terrorists who actually murdered these three teenagers."

He said the kidnapping, as well as the violent conflict with Hamas over the summer, shows "we have to understand it's either peace or Hamas."

------How often does CBC quote this war criminal, Netanyahu??? Where is a counter-balancing quote showing that it is EITHER JUSTICE OR WAR, or as said so often in pro-Palestinian demonstrations; NO JUSTICE NO PEACE. Why does CBC favour war-mongering quotes from war criminals????

Eyal Yifrah, 19, Gilad Shaar, 16, and Naftali Fraenkel, a 16-year-old with dual Israeli-American citizenship, were abducted on June 12 while hitchhiking home in the West Bank and killed soon afterward.

The teens' abduction and slaying prompted a large Israeli crackdown on the Islamic militant Hamas group and set off a chain of events that led to a 50-day war between Israel and Hamas in the Gaza Strip.

In an operation codenamed "Brother's Keeper," Israel dispatched thousands of troops across the West Bank in search of the youths, closed roads in the Hebron area and arrested hundreds of Hamas operatives throughout the territory.

-------CBC does not mention that thousands of innocent Palestinians were terrorized in this manhunt, and several were killed, nor that most of those arrested had nothing to do with the kidnapping and had been released from Israeli jails as part of a negotiated agreement, so Israel was reneging on the agreement. These are all relevant facts because they explain why Hamas was so angry and began sending more rockets into Israel. Ignoring these extremely relevant and important facts, as CBC so consistently does, is tantamount to deception and lying. 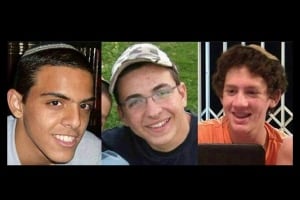 -----How often has CBC published the photos of these three? Compare that to the lack of details on the over 500 children killed by Israel in Gaza, and dozens of youths routinely killed in the West Bank.

The search ended July 1, when the bodies were found under a pile of rocks in a field north of the West Bank city of Hebron. Officials later said it was believed the three had been killed shortly after the abduction.

Lerner told reporters that there was a recent breakthrough in the search that led the Yamam, a special police counter- terrorism unit, to the hideout in an area of Hebron about a week ago.

Early on Tuesday, the Israeli special forces entered the ground floor of the two-story building and killed two Hamas operatives after coming under fire, Lerner said.

Lerner noted the two men had been identified as the suspects early in the search, their Hamas connections were well known, and Hamas has repeatedly tried to abduct Israeli civilians and soldiers. Another three members of one the Qawasmeh family were arrested, he said.

-----Really Hamas has repeatedly tried to abduct Israeli civilians? Then why does it happen so seldom? I doubt that this is true, but look at CBC beloved source, an Israeli official.

"We were determined in bringing the ruthless murderers of Gilad, Eyal and Naftali to justice," Lerner said. "Today's successful mission brings the long-term search to an end, and the perpetrators of the crime no longer pose a threat to Israeli civilians," he said.

Qawasmeh's mother Hanan described her son as "a hero" and said it was far better that he had been killed in battle rather than falling into the hands of Israeli forces.

"Thank God that he and the other man were martyred," she said.

In Qatar, Hussam Badran, a spokesman for top Hamas leader Khaled Mashaal, praised the two militants on his Twitter account. "The martyrdom of Marwan Qawasmeh and Amer Abu Aisheh came after a long life full of jihad sacrifice and giving. This is the path of resistance, which we all are moving in," he said.

Hamas denied involvement for weeks after the teens were abducted. However, during the Israel-Hamas war, an exiled Hamas leader responsible for West Bank operations acknowledged his group had been responsible for the abduction and killing of the teenagers.

-----This is a LIE. He did not say his group was responsible for the killing; he said the killers were members of Hamas. They were most likely acting independently. The killers of the Palestinian boy in Jerusalem were members of an extremist Jewish settler group. These Jewish settlers are more racist, more fascist, more brutal than Hamas, but CBC has never once intimated that the killers in this case were not acting independently. And although CBC does not report this, it is very likely members of these extremist groups have praised the murderous actions of these three Israeli killers in the same way that Hamas does its so-called "martyrs". The mass murderer of praying Palestinians in a Hebron mosque many years ago (Baruch Goldstein) is virtually worshipped as a hero by the Hebron settlers. This is imbalance. CBC always bends over backwards to throw a negative light on Palestinians, but completely refrains from revealing the very obvious, and equally reprehensible, ugliness of Jewish extremism.

In the days leading up to the start of the Gaza war in early July, a Palestinian youth was also abducted and killed in east Jerusalem by Israeli extremists in an apparent revenge attack over the teens' slaying.

----OK, a brief mention, but where is his photograph? Where is the name and photograph of his killer. CBC did not report that it appears he had gasoline poured over him and was burned alive. Show us the picture of the brutal Israeli killer. What is his name? It is a Jewish name (Ben-David). Let us see this monster and know the evil that supports his brutality which is widespread in Israel. But that would be balanced, and thats the last thing CBC wants.

It might also be noted that there have been significant events in Israel/Palestine over the last month that have gone completely unreported, because CBC thought them not worth reporting. Could it be because they reflected very badly on CBC's beloved Israel??? For example:
- Israel has confiscated 1,000 acres of Palestinian land; the biggest land grab in years, and is naming the area after the murdered teenagers. This is relevant to this issue and should have been reported as it clearly demonstrates that Israel is not interested in peace.
- Israel is moving Bedouin families off their land deep inside the West Bank with the intention of expanding the settlement blocks that effectively cut the west Bank into two parts. This will end the possibility of a viable Palestinian state.
- Israel has been responding with force to demonstrations by unarmed Palestinians in the West Bank, killing several of them. Here again the killing of 3 Israelis is world-shattering news, but the killing of Paqlestinians is not even worth mentioning
- the Israeli Supreme Court has decided that Jewish communities all over Israel can exclude non-Jews from living in them, simply because they are not Jewish. In Canada we did away with these kind of laws which discriminated AGAINST Jews 40 years ago, but in the Jewish State it is now officially kosher to discriminate against people based on their ethnicity or religion.
- the killers of the Palestinian youth have been found. Two of them are minors and their names are not published, but they are all members of an extremist Jewish settler group. Why is this not headline news?

Incidentally two years ago I worked in Palestine helping Christian farmers from Bet Jala and Bethlehem to harvest their olives in land now being confiscated from them by Israel. I know their pain, and am doubly pained to see CBC ignoring it completely, even though it is related to the recent Gaza conflict.
Posted by Unknown at 10:11 AM